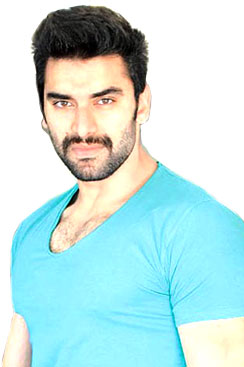 Nikitin Dheer is as strong and suave as the new generation actors come. At 6?4, he is handsome and qualified. Being a third generation film man, he knows what it takes. Nikitin?s father, Pankaj Dheer is a well-known actor-producer while his grandfather, C. L. Dheer was producer of as many as 19 Hindi films.

Nikitin makes his debut with Ashutosh Gowarikar?s Jodhaa Akbar as the main antagonist, a character only third in importance after Hrithik?s Akbar and Aishwarya?s Jodhaa. Nikitin?s second important film on hand is Popcorn Entertainment?s Mission Istanbul, directed by Apoorva Lakhia for which Nikitin has already shot in the film?s Turkey schedule.

As for his performances on screen, a source reveals that the actor is said to be thrilled with working with the Khans. ?He insists that working first with Salman and now with Shah Rukh have been brilliant learning experiences. For him working with the senior stars like the Khans, is like going to school,? adds the source.
View More
Buy
Nikitin Dheer
Movies