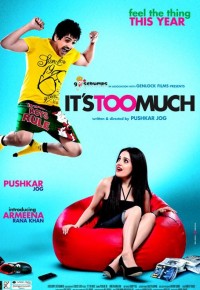 Shot at locations across the United Kingdom, the film marks Pushkar Jog?s directorial (Hindi) and Indo-Brit actress Armeena Rana Khan?s acting debuts. The film is a romantic-comedy revolving around a creative director, his quirky best friend and a woman that he is confused about.

The film is an all and out youth centric romantic-comedy set in London dealing with the tryst and tribulation of young ?Desis? staying abroad. It is not just a funny take on their life and interaction, but also an out and out family film and with outstanding music.